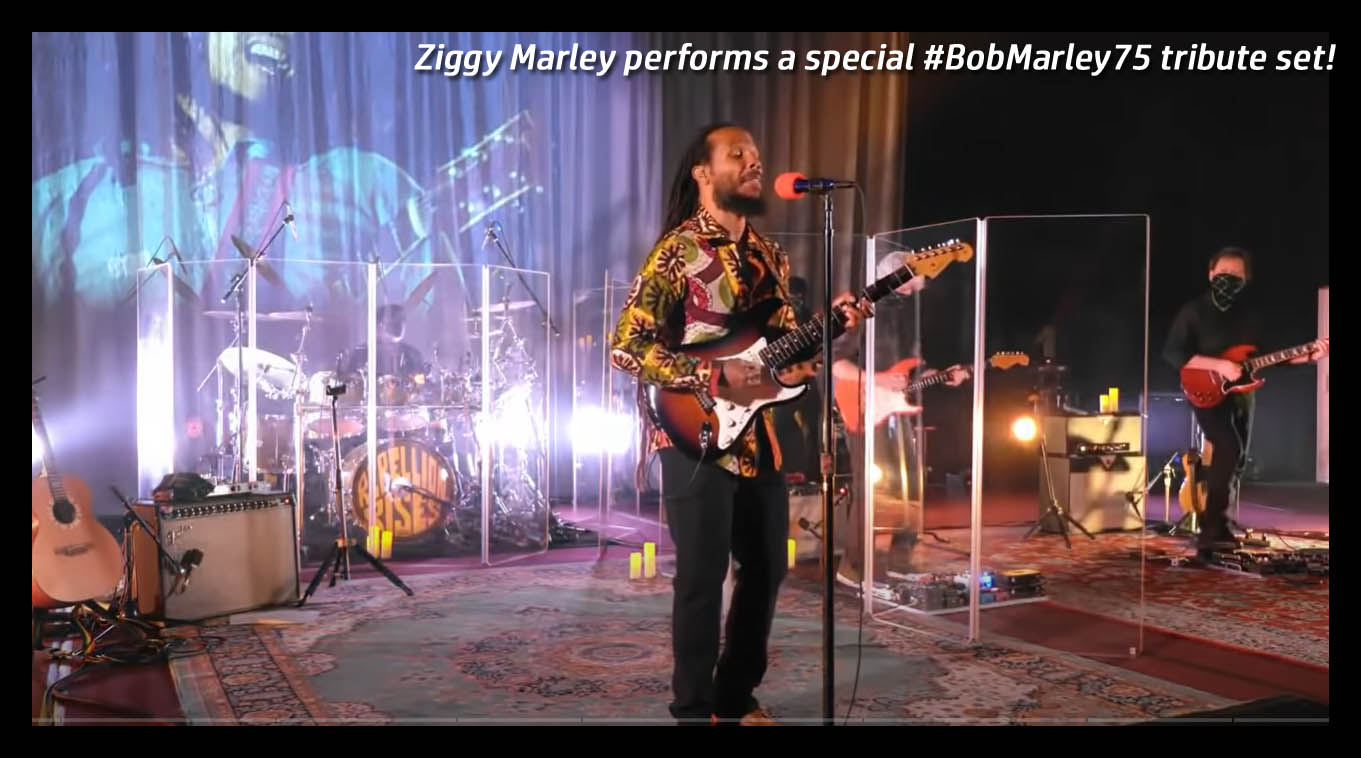 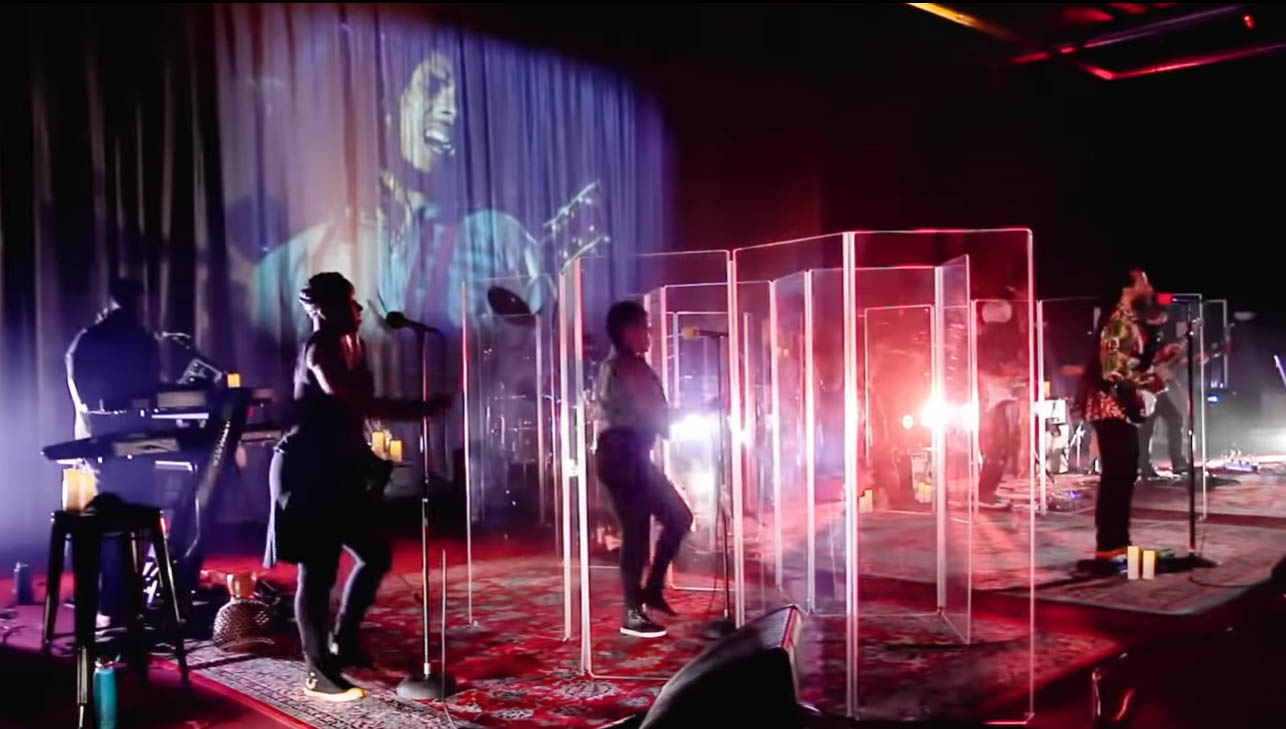 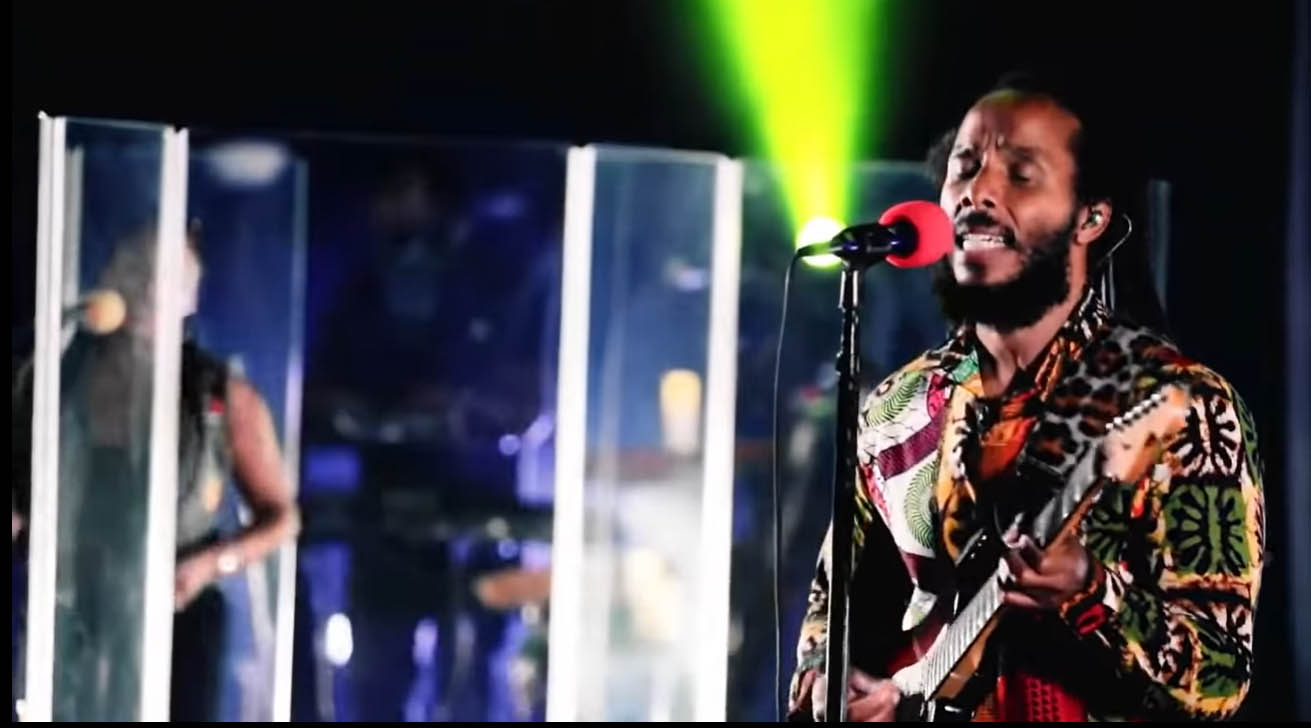 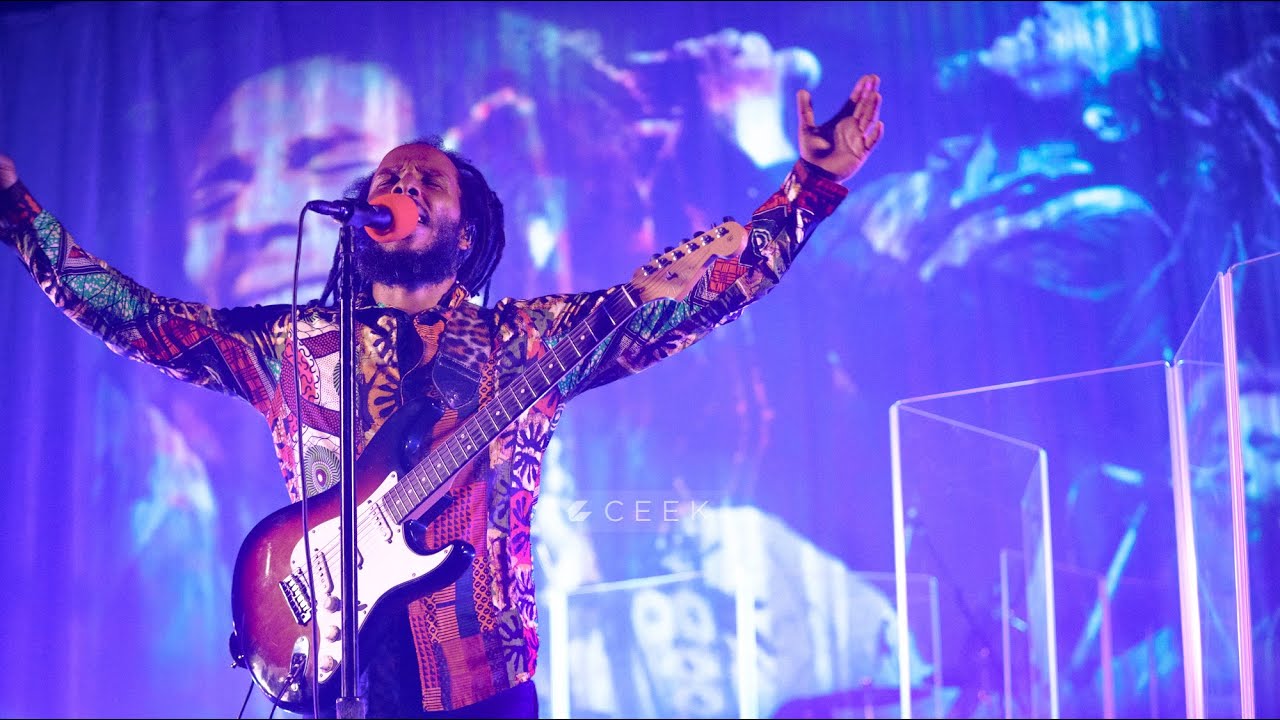 “That’s a smart group of people there,” the black woman operating the elevator in a plush Park Avenue hotel said  .A black Jamaican, wearing his hair in knotted, tangled locks that drooped down over an army fatigue jacket, had just left the car.  “We never had anyone like them before.  Whatever they ask you, you can’t answer them.”

She was talking about the contingent of Rastafarians—Jamaicans who believe that the late Ethiopian, Emperor Haile Selassie was Jah, the personification of God, and’ who dominate the reggae or pop music of the island—that took over a wing of the hotel earlier this week.The contingent is headed by Bob Marley, who will be performing with his group, the Wailers, widely admired as the finest of all reggae bands, in Madison Square Garden tomorrow night.

Tickets are still available for the event, at $9 and $10, and it promises to be an experience.

Mr.Marley is a consummate performer, and the Wailers, who play softer and with more rhythmic finesse than just about any electric band around, conjure a hypnotic, bewitching mood. The Rastafarians or Rastas, who smoke marijuana as a religious sacrament, may find it more hypnotic than other people, but one does not have to be intoxicated or a believer to feel the craftsmanship, sincerity and power of the music.

During the last few years a considerable mystique has built up around Mr. Marley.  By 1976, he had become such an important figure in Jamaica that his popularity rivaled and, quite likely, eclipsed that of the Government. In December of that year. Unknown assailants attacked his compound in Kingston with guns blazing. They were never caught.  Mr. Marley, who was wounded in the skirmish, left the island soon after that.

But this spring.April 22 to be exact, he headlined a special peace concert in Kingston that drew 35,000 people. The concert’s musical highlight was a reunion of the original Wailers—Mr. Marley, Peter Tosh and Bunny Wailer, who have all gone on to solo careers. The most significant moment came Nvhen Mr.Marley called Jamaica’s Prime Minister, Michael N.Manley, and his.bitter political opponent, Edward Seaga, out of the audience and convinced them to shake hands.

Earlier this week, Mr.Marley was sitting in a finely appointed room in the hotel, a few doors down from the elevator.One of his Rasta brethren was patrolling the hall, a reminder that in Jamaica.and perhaps elsewhere, Mr. Marley is something more than a pop songwriter and singer.But inside the room, the mood was very even.There was no evidence of the Rasta sacrament in sight.A few musicians wandered in and out from time to time while Mr.Marley, dressed casually in jeans, a T‐shirt and jacket, bobbed hack and forth in his chair, talking partly to the interviewer and partly to his companions.It was clear that lie intended his remarks for the edification of everyone present, but there was nothing self‐important in his manner.

One wondered what Mr. Marley had to say about the criticisms of his latest album, “Kaya,” which is Jamaican slang for marijuana.  Some writers who boosted Mr. Marley during the early 70’s, when he made albums like “Burnin’” and “Catch a Fire” that were explicitly concerned with social inequities and revolution, have attacked his apparent shift to more personal concerns, to songs about love, sex and, of course, kaya.

“Ahh,” he laughed easily, “them say this is a ‘desperate attempt,” but it’s nothing like that.  We get the people interested in the music, and we •really feel good about that.  People say, ‘Oh Bob, you gone from politics, we want to hear some more politics.’ But we use ‘Kaya’ to feel them out, so everybody keep their ears open.  And me write about freedom, not about politics.”

Mr. Marley’s patois thickened as he warmed to the subject.  He is the son of a Jamaican mother and a British army captain and actually spent some years living in Delaware; one sometimes suspects the patois, a heavily Africanized English, is deliberate, an outgrowth of Mr. Marley’s view that Black people everywhere should he united against the exploitative forces he refers to as Babylon.  “In Jamaica,” he said, “the political parties and the peoples at war.  Them never love Rasta, but Rasta bring them politicians to shake hands together.  I feel like’ that must really touch some people.

“We want people stop fighting.  Politician and revolution go together.  You fight to be free, but you not free for yourself.  I not a politician, Politics is money business, and we in people business.  We see people are starving, all the ammunition in the world and people still starve.  Politics is not solving the problem.  People think its all politics but to me it is not about politics, it’s about God.

“We don’t carry no weapons, we try to live with God.  We say, ‘God gave me life, my life is something worthwhile.’ Them shoot after me but pray life just my life.  If them kill me, not a bloodclot would happen.  Rasta would go on.”

Whether or not one follows Mr. Marley’s line of thought and appreciates his lyrics, which are, by turns, densely mystical, militant, bitter, joyous and sexy, he is writing songs and making music of a very high order.

When it was suggested that perhaps the music itself had a power to affect people, whether they listened to the words or not, he smiled broadly and said, “If I never played music, I couldn’t see myself doing anything else.”

When asked about the contributions of the band, he added: “We play this music for such a long time, we have a direction where we want it to go.  First thing is the song, written by one man.  But then everyone put his feelings in it. Togetherness is the way we do, understanding what we’re going to do in the music.”

The paradox that Mr. Marley, who professes an antimaterialist creed, now an international pop star with considerable, power and undoubtedly substantial wealth does not seem to trouble him very much.  “In this system,” he said, “once you become a star, if you don’t shine….” He finished the thought with a laugh.  “We just want time to search for the reality and to tell the truth.  It is no big thing.”

Bob Marley, who performs with his group tomorrow at Madison Square Garden “I not a politician.  Politics is money business, and we in people business.”